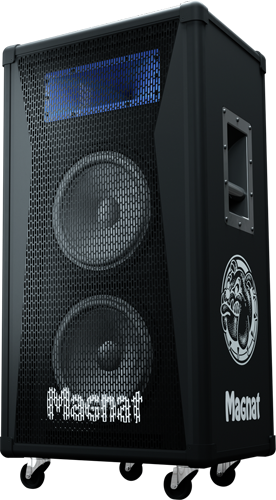 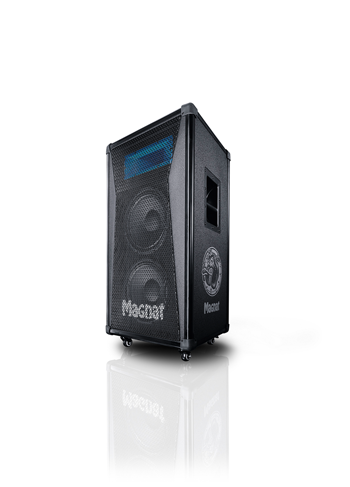 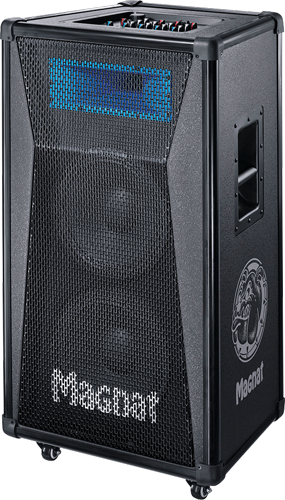 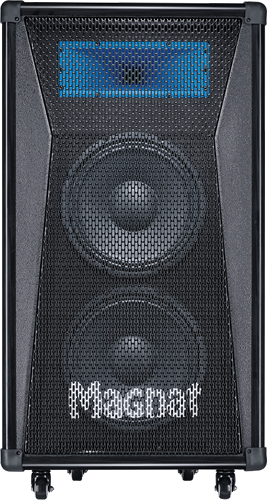 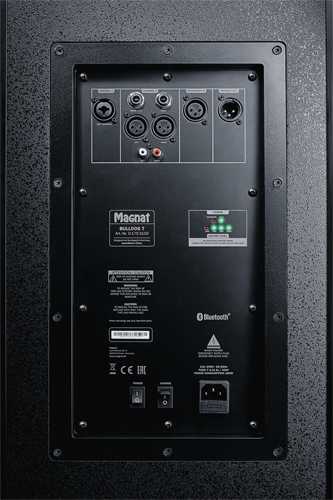 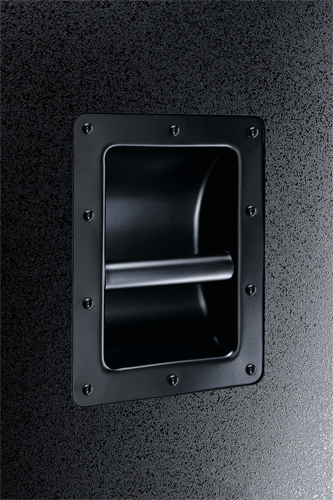 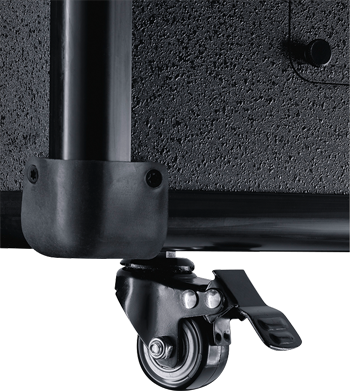 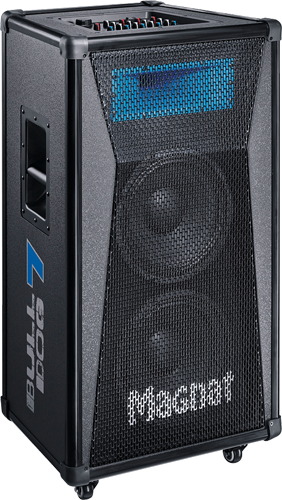 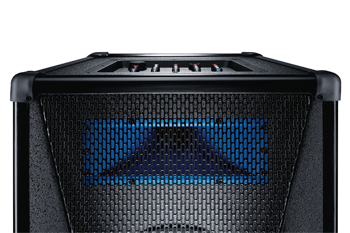 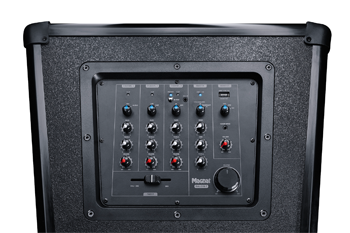 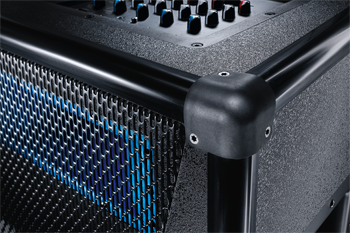 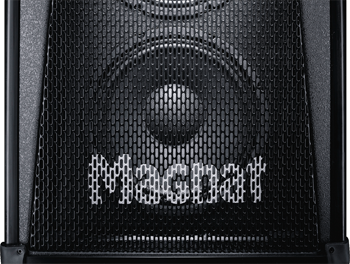 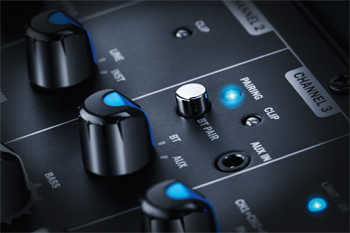 No bundles available for the selected variant. Please select another variant for bundle offers.
It's a loudspeaker like no other: Active, powerful, network-independent and mobile. The Bulldog 7 turns every location into a party zone. On the beach, at a festival, in a holiday home or simply in your own home. With more than 120 dB and up to 20 hours of playing time away from the power outlet, the Bulldog 7 is a safe bet for a good mood and more than deserves our animal logo as its name. And hey, if you value understatement, simply say you’re bringing the ultimate Bluetooth speaker with you. We'd love to see the faces of the other party people.

The bulldog - our brand symbol

The bulldog has a long tradition in our company. It has been a distinguishing feature of many of our products since the 1990s, including car audio and speakers. With the mobile and active high-power speaker standing for enjoyment of music like hardly any other product, the character’s head is placed in the best possible position on the Bulldog 7.

Whether it's a party, concert or barbecue: “Rev it up” is the motto. The integrated 2-channel high-performance amplifier with efficient Class D technology ensures plenty of performance. With an impressive 260 watts of continuous output and more than 500 watts of peak output, it powers the compression horn driver as well as the two dynamic woofers. The latter measure 10 inches each, i.e. a good 25 cm, and deliver bass right down to 35 Hz. The tweeter horn operates easily up to 22 kHz with its 35 mm driver.

The efficient amplifier is also one of the main reasons for the long playing time. Even at full power, the 94 Wh battery allows you to deliver up to 5 hours of music, and even up to 20 hours at moderate levels. The replaceable battery can be charged in the Bulldog 7 when it is plugged into the power socket. With additional batteries, the party can happily go on until the early hours of the morning.
Incidentally, an empty battery can be fully recharged in a good 5 hours and, to ensure that the supply of music for your personal stage at the festival does not end unexpectedly, the charge level is shown by 6 LEDs. All ready to go? Then simply plug in the microphone or the guitar and your very private concert is guaranteed if there's nothing happening on the main stage.

The housing? A statement

If anything stands for resilience in everyday life, then it’s the housing of the Bulldog 7. We have finished the multi-braced MDF case with an impact-resistant textured paint, just like professional stage equipment. The loudspeaker does not scratch so quickly and moisture can hardly do any harm to it. So you don't have to keep a constant eye on your valuable equipment at parties. We have fitted sturdy protective profiles to all the edges so that they can withstand occasional bumps.
The four casters get the Bulldog 7 safely from A to B. And if you can't go any further, simply use the solid handles on each side. Our PA and party Bluetooth speaker can be easily transported anywhere by two people.

The Bulldog 7 is also well protected against attacks from the front: A solid all-metal protective grille protects the speakers from accidental encounters with dancers, pets, other equipment or even tomatoes and eggs. But let's hope that the latter is not an issue because of your musical skills or the music you play.

The Bulldog 7 is the go-anywhere speaker

Admittedly, 35 kilos needs to be moved first. However, we have provided the Bulldog 7 with four sturdy transport casters. Two of them can be locked with a parking brake. This makes it easy to get the speaker out of the boot and move it to any conceivable location, where it will then not move from the spot any more. Support for sports teams? Check. Serious PA for the school party? Check. The right sound for your band? Naturally. Party on the beach? Okay, you have to lend a hand over the last few meters.

But it also handles lectures, training courses and other events with flying colors and, thanks to the integrated DJ mixer, with all conceivable sources, such as microphones, instruments or even a smartphone via Bluetooth 5.0. And you can also mix the sources together, of course. The Bulldog 7 is simply the perfect mobile event sound system.

No party without a DJ

And that brings us to the 3-channel mixer with crossfader. A microphone or instrument can be connected to channel 1. Channel 2 can also be used for instruments or as line-in - even in stereo. And channel 3 offers the option of docking everything from smartphones to any other source via Bluetooth 5.0 or the Aux input directly on the mixer. The crossfader allows a quick change between channel 3 and the other inputs. For example, a microphone and music can be cross-faded intuitively. The level of all channels can be controlled individually. An overload indicator helps to find the perfect level. And tone controls for bass and treble offer the possibility of acoustic fine-tuning. To control the individual channels, you can also "preview" them with headphones so that the next song doesn’t turn out to be an unpleasant surprise for everyone. It is then not only possible to vary the level of the output signal with the convenient control; the sound can also be adjusted using the 3-band equalizer - all depending on the area to be covered.

What's better than a Bulldog 7? Two of them!

Is the venue for the event or your home a bit bigger?
Then you can simply connect two Bulldog 7s together. This is done by cable via the corresponding connections on the back of the Bulldog 7 and therefore completely free of interference without the risk of time delays. In this way, two Bulldogs also become a fully-fledged, active system for the home, which can be perfectly linked with existing technology or simply fed with music via a smartphone. And to ensure that it doesn't run out of steam, you can power it with energy via the USB port on the mixer. With a charging current of 2 amps, even power-hungry cell phones become super providers. 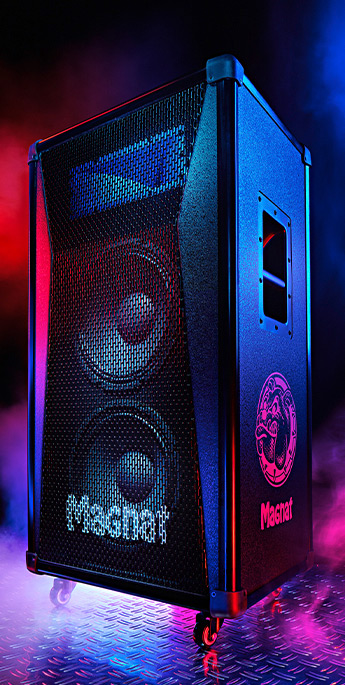 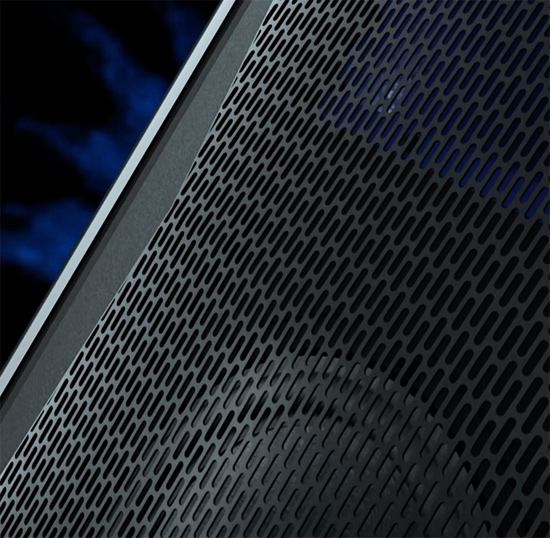 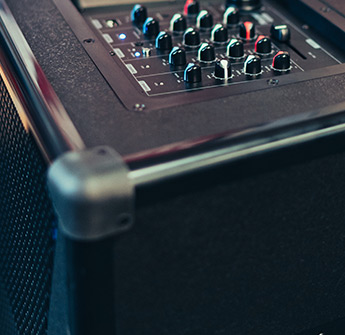 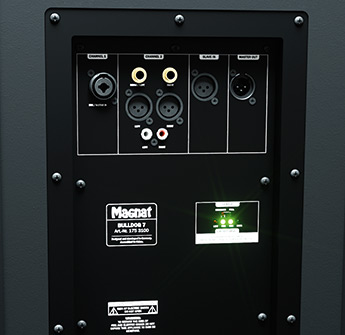 Evaluations will be activated after verification.

Google Analytics:
Google Analytics is used to analyse the website's traffic. Statistics about website activities can be created and read out.
Hotjar:
Hotjar cookies are used to analyse the website activities of users. The page user is identified via the cookie over several page views and his or her behaviour is analysed.
ÖWA ioam2018:
Stores a client hash for the Austrian Web Analysis (ÖWA) to optimise the determination of the key figures clients and visits. The cookie is valid for a maximum of 1 year.
Matomo:
Das Cookie wird genutzt um Webseitenaktivitäten zu verfolgen. Die gesammelten Informationen werden zur Seitenanalyse und zur Erstellung von Statistiken verwendet.
Service